Sean O’Loughlin started skateboarding at the age of 10, on a board he shared with his big brother, James, and a ramp James built at their home in Ceres, CA. From the moment he grabbed that  Dave Andrecht skateboard with sure-grip wheels and Variflex trucks & did a frontside axle stall, he was a skateboarder, a vert skater at that. Sean had found something that would shape his life and set in motion a career in skateboarding.

After teaching board sports at a resort in Tahoe & years giving private lessons, Sean and Dr.Jenn Selke co-founded the UC Berkeley Skate camp, which he has been directing since its inception in 2000. At the Berkeley Skate Camp, Sean has developed his own, unique & successful teaching methods, with a focus on mindfulness, safety, self-determination & inclusion. As well as teaching skateboarding, Sean also teaches instruction. He has created a process through which campers have an opportunity to have their first job working at skate camp, teaching what they have learned from others who have gone through the same experience. Sean also designed & built the ramps, obstacles & other features. He consistently changes the camp to keep it exciting and new, raising money through donations and recruiting dedicated volunteers to help build the dream.

Over the years, many things have lead Sean to The Skateboard Experience. He knows that the skateboard experience, like most of life, is bittersweet & everyone needs a supportive & responsive community. Sean’s goal through all of this has been to create a safe space for skateboarders to express themselves and create a platform that connects the community as a whole. His commitment to skateboarding, the people who do it, and his genuine love for the lifestyle has been progressing skateboarding in the Bay Area and the community of those who love it as well.

Orion Levine is a 26 year old skateboarder living in Oakland, California. He has taught skateboarding to children in the Bay Area for over 5 years. Currently, Orion leads an after school skateboarding program at Marina Middle School. He is also a stand-up comedian and video creator.

Kate Campbell King is a founding partner of a successful local B Corp, North Berkeley Wealth Management (NBW). NBW is an independent investment advisory firm serving families, individuals, trusts, and foundations. NBW puts particular emphasis on client-centric life planning, socially responsible investing, and community engagement. Kate enjoys building community through collaboration, and has worked with many local organizations, including the Berkeley Public Library Foundation, The Ecology Center, and Covenant House/YEAH!. She was a founding board member of the Berkeley Food Network, and serves as the current Chair of the Solano Avenue Business Improvement District Commission. She is a founding member of the Skate XP board, and acts as its chair. Drawn into the skate community through her skater children, Kate values the way the Berkeley skate community provides mutual support to one another across lines of class, race, gender and age, and looks forward to building on that solid foundation for all the skaters who prefer a mini-ramp to a turf field. Kate holds a BA in Chinese Language and Culture from Dartmouth College and an MA in Cultural Anthropology from UC Berkeley, and is a Certified Financial Planner (CFP®).

Christine Andrea Doebele-Munson moved to Oakland, California from Germany in the early 90s after completing a degree in Physical Education. Once in California she pivoted careers to Television Production becoming one of the founding Producers of the BattleBots television show. There, she was responsible for casting and coordination of over 500 robot teams. Her efforts contributed to the show’s hit status and 5 season, 100 episode run on Comedy Central. As the BattleBots era on Comedy Central came to a close, Tine transitioned into becoming a full-time mom, raising her two sons.

Once her boys reached an appropriate age, Tine took a step back into the working world, this time lifting up others through high-impact community development in the nonprofit sector. She first joined the school board of her preschool, and ushered it through an extensive renovation. She then became a founder and board member of the German International School in Berkeley (GISSV), a bilingual school which began as a satellite campus for a school in Mountain View. Tine recognized the need for a German International school in the East Bay and joined the effort to create an East Bay campus. Later, Tine was one of the lead board members to transition the East Bay campus into its own, thriving independent school now called East Bay German International School (EBGIS).

Armed with this extensive nonprofit experiences, and impassioned by her two sons’ love for skateboarding, Tine went on to help found Skate XP, an East Bay skate organization working to provide and promote accessible skate areas and programming for kids, with a focus on underserved communities. She is currently a board member and Treasurer, but she wears many hats working towards career development opportunities for kids via skate camps and skate park construction. Tine works for all kids to have personal and athletic growth opportunities, along with positive social camaraderie.

Tetsu Tokunaga became interested in trying skateboarding after many weekend mornings watching his son and others having a great time at the Berkeley Skatepark. Eleven years ago, he took some lessons from Sean, probably as his oldest and slowest student. He now regularly skates (even older and slower), appreciating the supportive, diverse, and talented community at the skate park. When not skating, Tetsu is a semi-retired senior scientist in the Earth & Environmental Sciences Area at Lawrence Berkeley National Laboratory.

Jason Foster has a degree in mechanical engineering, which he used for a few years. However, a desire to build things with more beauty in them lead to a general contracting. He now manages residential construction for Cerami Builders of Berkeley. Jason’s youngest son, Griffin, discovered the wonders of skateboarding, which led to Jason discovering them for himself. Jason has served on the board of Mavericks Soccer Club in the past.

Born and raised in Australia, Frances has lived in the Bay Area for over 20 years. Her interest in skateboarding started when her two boys got on boards as kids. Seeing the incredibly positive impact it has had on their lives inspired her to be a part of Skate XP. In her other life, Frances holds a Master’s in Library and Information Science and works as the Reference & Outreach Librarian at the California Historical Society in San Francisco. 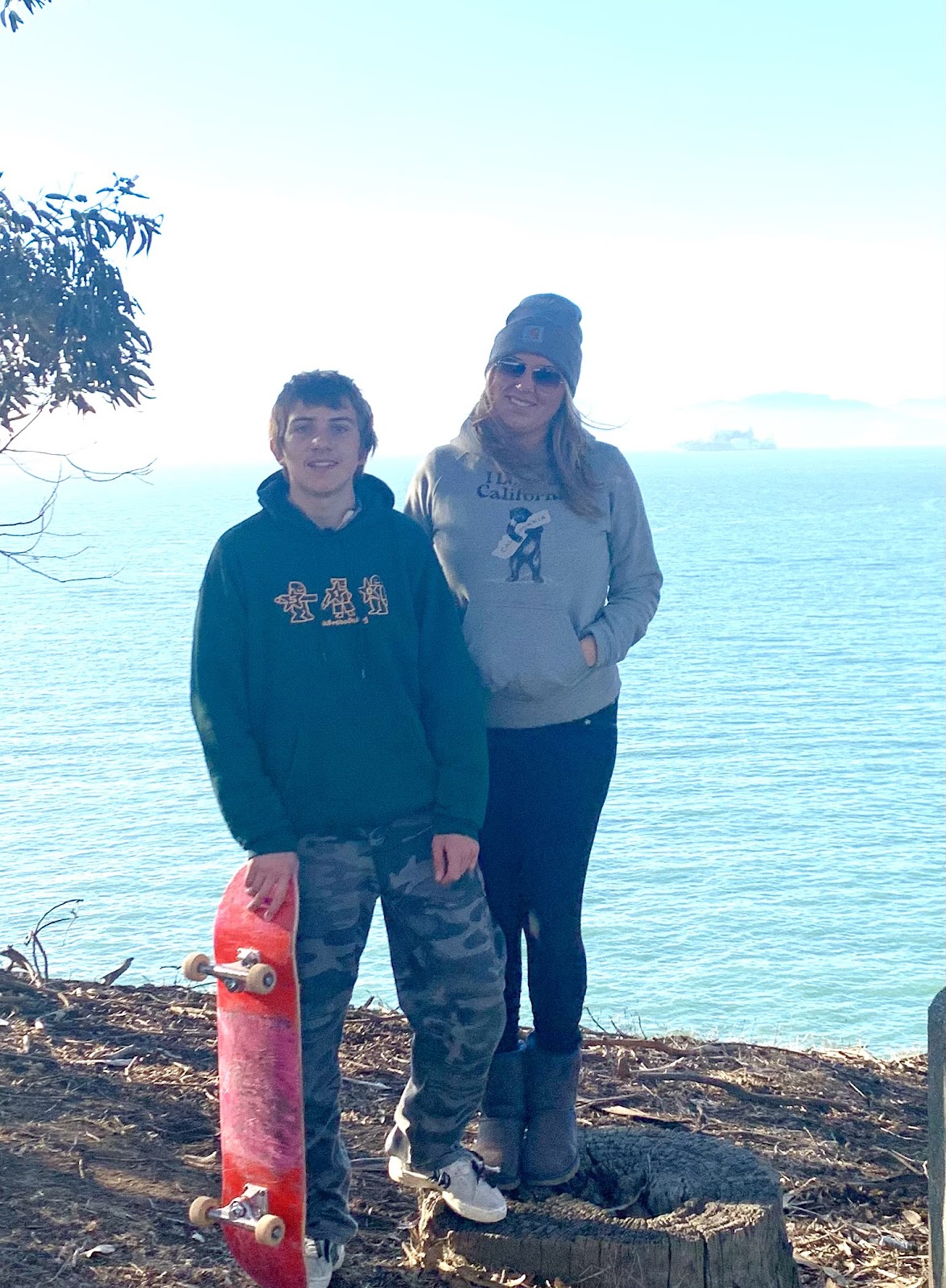 Angela Lebakken is passionate about supporting skateboarding and has seen first-hand the positive impact it has had on building community among our local young people, and also the personal enrichment and development it has provided for her 14 year-old son. She is an education veteran, with a teaching history at both the Middle and High School grades, as well as the University level over the course of 15 years. She is committed to facilitating individual potential and a growth mindset and sees skateboarding and its community as a way to foster these goals in myriad ways. Angela has lived with her family in Berkeley (by way of the upper midwest and the EU) for ten years, and is a BUSD parent; she enjoys traveling, hiking, paddle boarding and skiing.

If you'd like to learn more about The Skateboard Experience please get in touch with us. We'd love to help develop an education program for your school, organization or event.